According to the US Department of State, Christians in more than 60 countries face persecution from their governments or surrounding neighbors simply because of their belief in Jesus Christ. A report by Open Doors USA identified 2016 as the “worst year yet” (in the 25 years of its monitoring) for Christian persecution. Each month (an average of) 322 Christians die for their faith; 214 Christian churches and properties are destroyed; 772 forms of violence are committed against Christians, including beatings, abductions, rapes, arrests and forced marriages. The most dangerous place for Christians is North Korea followed by Somalia and Afghanistan. Pakistan rose to No. 4 but had the overall highest level of violence. Sudan was fifth, followed by Syria, Iraq, Iran, Yemen, and Eritrea.

Please pray for those who are being persecuted for the faith, not only on these days especially set aside for remembrance, but each day of the year. 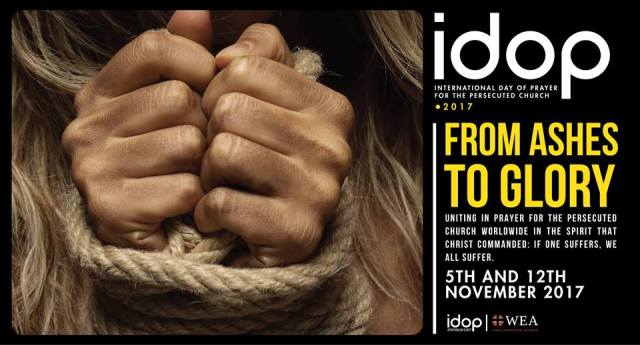