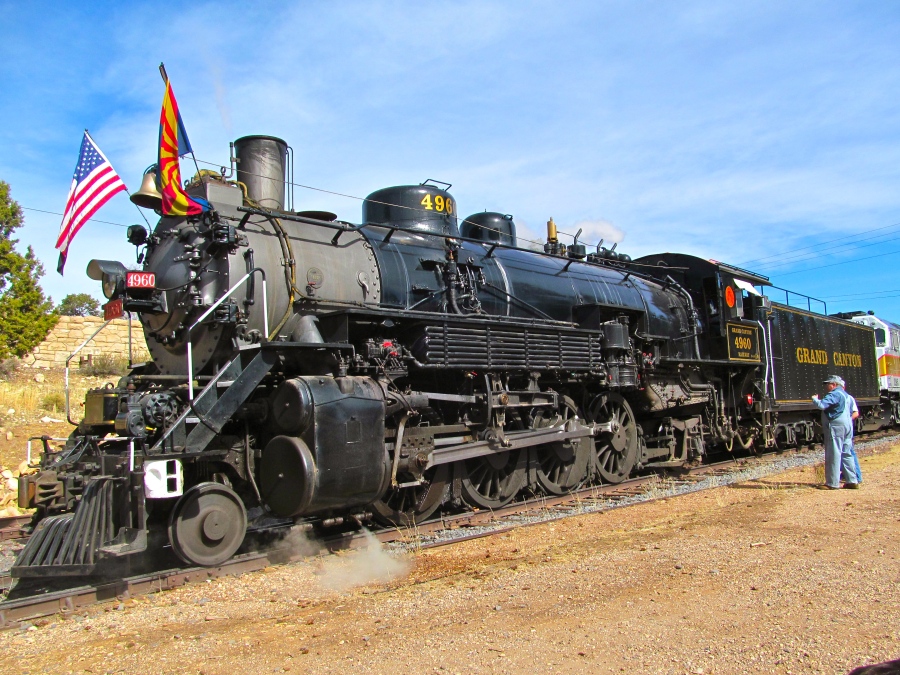 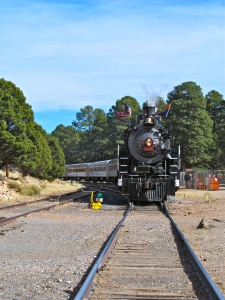 The Grand Canyon Railway is celebrating the history of vintage rail travel with several steam-powered excursions to the Grand Canyon. On Presidents’ Day, locals and tourists descended on the canyon’s station to take photographs of the 91 year-old Locomotive No. 4960 on the occasion of a special visit. This beauty was built in 1923 by Baldwin Locomotive Works in Philadelphia and was used in a freight and coal hauling service for the Midwestern Chicago, Burlington & Quincy (CB&Q) railroad until the late 1950s. It made its first official run on the Grand Canyon line in 1996 and, today, it is fueled by waste vegetable oil (WVO).

Locomotive No. 4960 will be taking visitors to the canyon on the first Saturday of each month starting April 5 and continuing until September 6. Additional runs will be made on Earth Day (April 19) and on the Grand Canyon Railway’s anniversary (September 17). 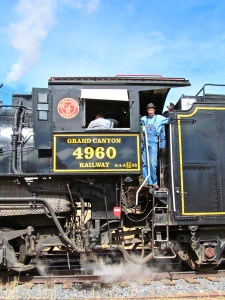